The Legitimacy of Highest Courts' Rulings Judicial Deliberations and Beyond 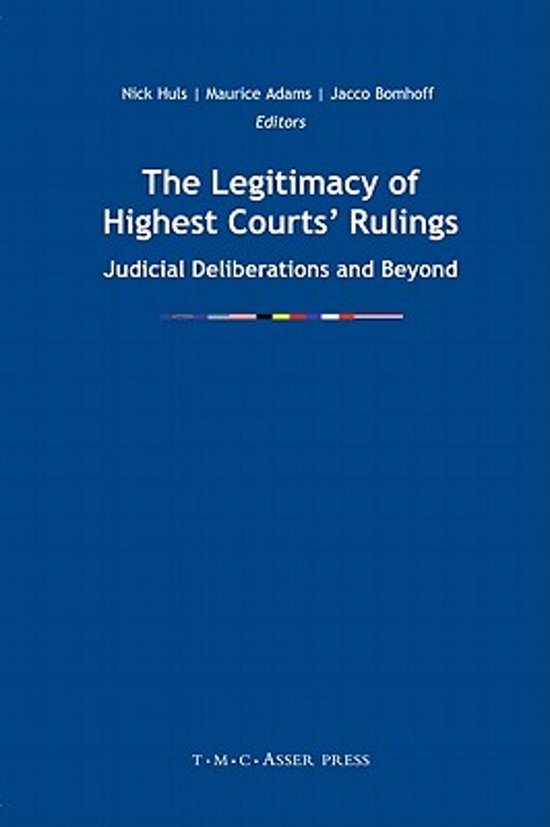 In Judicial Deliberations: A Comparative Analysis of Judicial Transparency and Legitimacy (2004), the American-French scholar Mitchel Lasser has, among other things, tried to re-establish the strengths of the French cassation system. Using Lasser's approach and ideas as a starting point for this book, judges from the French, Belgian and Dutch Cassation Courts reflect on the challenges that their Courts are facing. Specific attention is also given to the Strasbourg Court on Human Rights, that has been so important for the moral legitimacy of the European legal order, and to courts in post-communist systems, which face many similar challenges and are under even greater pressure to modernise. The book is a multidisciplinary contribution to the international debate about the legitimacy of highest courts' rulings, the concept of judicial leadership, and offers a new perspective in the USA-versus-Europe debate.
Toon meer Toon minder