The Loco Life of Doctor Taco 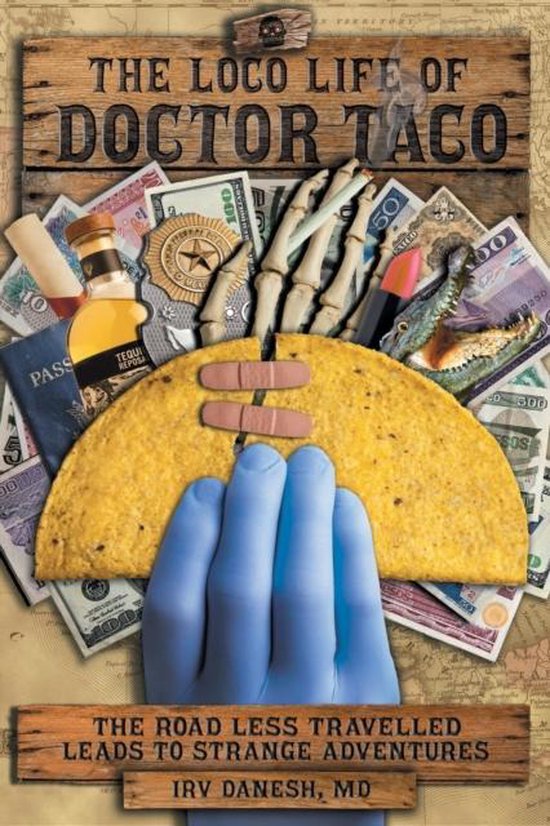 
Doctor Taco is a different coming of age story. Sam is a man/child who hates studying and spends most of his time pining for the love of his life. He dreams of one day being that heroic doctor you always see on TV. Unfortunately, he can't even get a crummy letter of recommendation from his organic chemistry professor. The south of the border med school admissions officers aren't as choosey as they are at Harvard Med. Follow Sam as his story involving smuggling, prostitutes and grave-robbing unfolds. Be sure to watch out for the alligator and the Secret Service. Could Doctor Taco be the story of that doctor with whom you last made an appointment? Es possible Doctor Irv Danesh was born in Brooklyn, N.Y. Before he started kindergarten he and his family had schlepped to five new homes because of his father's jobs. This was to be a recurrent theme in his life. Like the main character of his novel, Doctor Taco, Irv just didn't concentrate well in college. Women, and the lack of them, had a lot to do with that. After the rejections for admission to medical schools in the States arrived, Irv joined the Diaspora of similar, slacker pre-meds, and journeyed south of the Border. Two years of cultural and academic re-education enabled Irv to trek back to the promised land of Brooklyn. More specifically, Irv was nurtured at the world's largest community hospital, Brookdale Medical Center. This mega-hospital provided him enough stab wounds, gunshot wounds, blunt trauma, and general patient stupidity to regale his friends with stories for years to come. After two years of surgical training, he decided he didn't want to spend the rest of his life removing gallbladders or doing bariatric surgery. Being somewhat of an adrenalin junkie, he was in the right place at the right time to snag a residency at Thomas Jefferson University Hospital in the new field of Emergency Medicine. He has practiced in inner city emergency departments for twenty-six years. Dr. Irv's job statistically has a high rate of burnout. He fought through two of these periods, the first by moving to Boston and serving as an Assistant Professor of Emergency Medicine at the Tufts School of Medicine. He later continued his career as Associate Director of Emergency Medicine at the Lawrence General Hospital. It was here that he had his second period of burnout. He again was in the right place at the right time, helping birth USA Network's Royal Pains. Irv started as Medical Consultant, advancing over three seasons to Co-Producer. His MacGyver-like vignettes such as skull drilling, fishhook chest wall stabilizing, and other pseudomedical procedures would never be allowed in conventional AMA approved medicine. Then again, Dr. Irv marches to his own drummer. He wrote Doctor Taco as a fictional account of the great American student exodus to Mexico in the 1970s. Many of the scenarios are true, but needed to be altered to maintain privacy, sometimes his own. He hopes that you enjoy reading this story. Dr. Irv lives in Marblehead, Massachusetts with his lovely and grammatically correct wife, and their dog, Harry. He loves the change of seasons except for the winter, which he curses every year. His four artistic sons all left for other parts of Massachusetts and N.Y. All in all, he would rather be in South Beach.
Recommended reading by Stevo's Book Reviews on the Internet, December, 2014.
Toon meer Toon minder