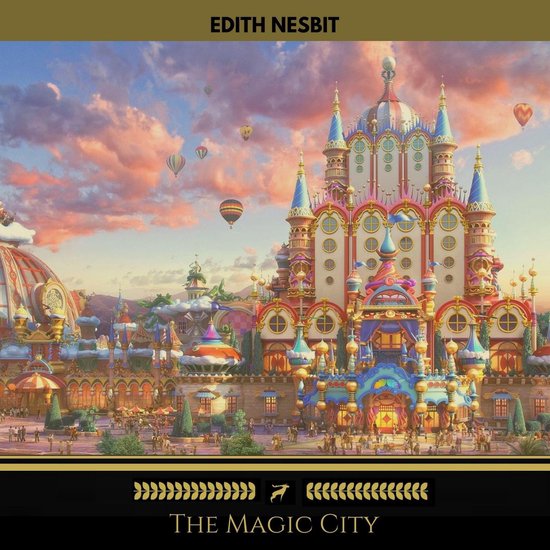 After Philip's older sister and sole family member Helen marries, he goes off to live with his new step sister Lucy. He has trouble adjusting at first, thrown into the world different from his previous life and abandoned by his sister while she is on her honeymoon. To entertain himself he builds a giant model city from things around the house: game pieces, books, blocks, bowls, etc. Then through some magic, he finds himself inside the city, and it is alive with the people he has populated it with. Some soldiers find him and tell him that two outsiders have been foretold to be coming: a Deliverer and a Destroyer. Mr. Noah, from a Noah's Ark playset, tells Philip that there are seven great deeds to be performed if he wants to prove himself the Deliverer. Lucy, too, has found her way into the city and joins Philip as a co-Deliverer, much to his chagrin. A Golden Deer Classics Audiobook.