The Man Who Lied to His Laptop EBOOK Tooltip Ebooks kunnen worden gelezen op uw computer en op daarvoor geschikte e-readers. What We Can Learn About Ourselves from Our Machines 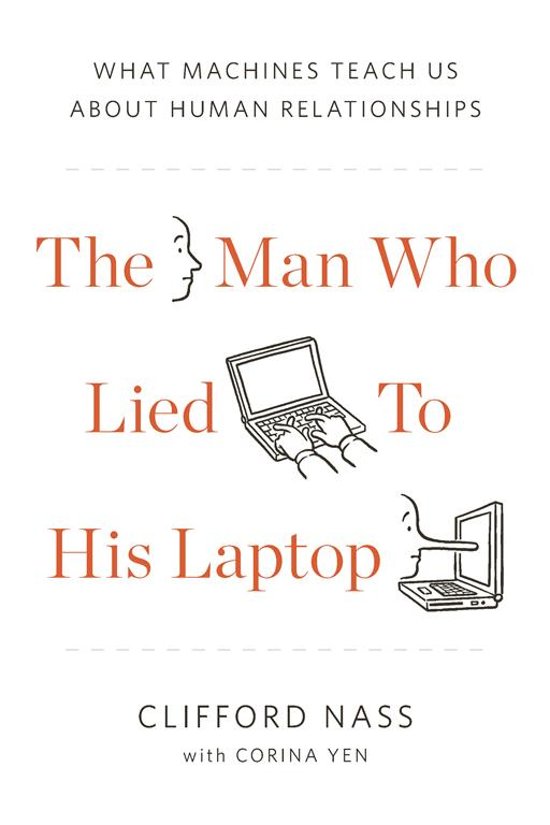 Clifford Nass is the Thomas M. Storke Professor at Stanford University and director of the Communication between Humans and Interactive Media (CHIMe) Lab. He is a popular designer, consultant, and keynote speaker, and is widely quoted by the media on issues such as the impact of multitasking on young minds. He lives in Silicon Valley.
Alles van Clifford Nass
Toon meer Toon minder

Counterintuitive insights about building successful relationships- based on research into human-computer interaction.


Books like Predictably Irrational and Sway have revolutionized how we view human behavior. Now, Stanford professor Clifford Nass has discovered a set of rules for effective human relationships, drawn from an unlikely source: his study of our interactions with computers.


Based on his decades of research, Nass demonstrates that-although we might deny it-we treat computers and other devices like people: we empathize with them, argue with them, form bonds with them. We even lie to them to protect their feelings.


This fundamental revelation has led to groundbreaking research on how people should behave with one another. Nass's research shows that:

Nass's discoveries provide nothing less than a new blueprint for successful human relationships.