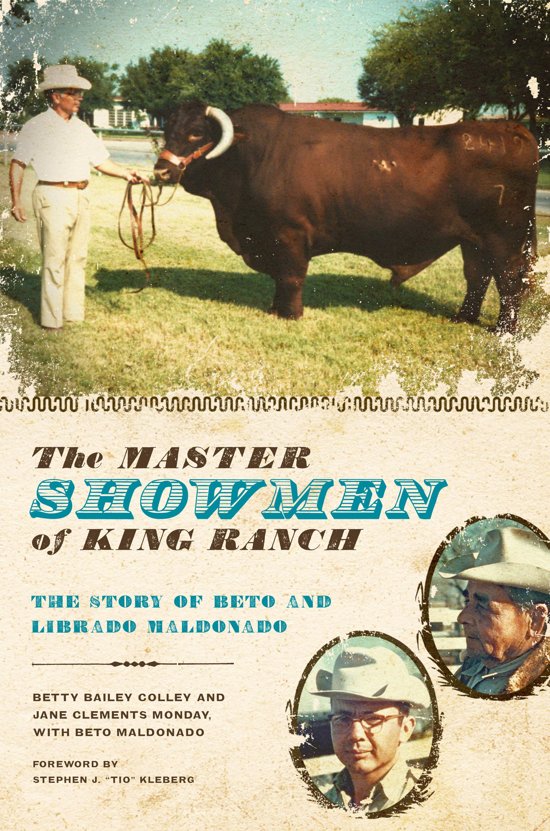 Texas's King Ranch has become legendary for a long list of innovations, the most enduring of which is the development of the first official cattle breed in the Americas, the Santa Gertrudis. Among those who played a crucial role in the breed's success were Librado and Alberto ''Beto'' Maldonado, master showmen of the King Ranch. A true ''bull whisperer,'' Librado Maldonado developed a method for gentling and training cattle that allowed him and his son Beto to show the Santa Gertrudis to their best advantage at venues ranging from the famous King Ranch auctions to a Chicago television studio to the Dallas-Fort Worth airport. They even boarded a plane with the cattle en route to the International Fair in Casablanca, Morocco, where they introduced the Santa Gertrudis to the African continent.

In The Master Showmen of King Ranch, Beto Maldonado recalls an eventful life of training and showing King Ranch Santa Gertrudis. He engagingly describes the process of teaching two-thousand-pound bulls to behave ''like gentlemen'' in the show ring, as well as the significant logistical challenges of transporting them to various high-profile venues around the world. His reminiscences, which span more than seventy years of King Ranch history, combine with quotes from other Maldonado family members, co-workers, and ranch owners to shed light on many aspects of ranch life, including day-to-day work routines, family relations, women's roles, annual celebrations, and the enduring ties between King Ranch owners and the vaquero families who worked on the ranch through several generations.