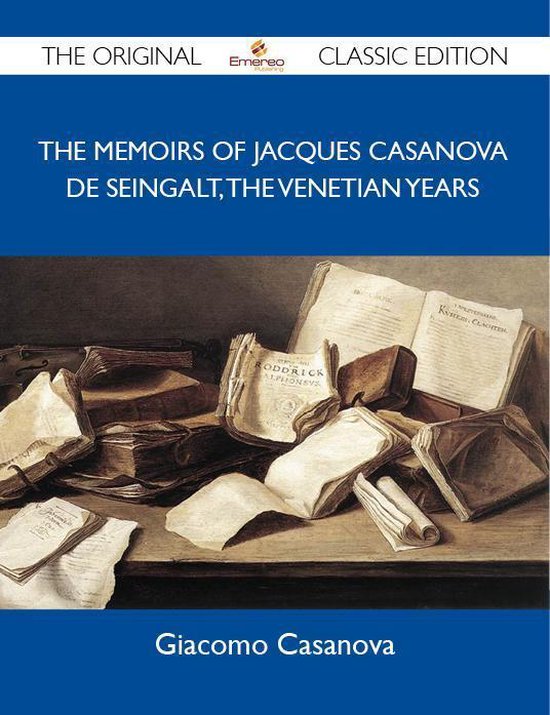 A series of adventures wilder and more fantastic than the wildest of romances, written down with the exactitude of a business diary; a view of men and cities from Naples to Berlin, from Madrid and London to Constantinople and St. Petersburg; the vie intime of the eighteenth century depicted by a man, who to-day sat with cardinals and saluted crowned heads, and to morrow lurked in dens of profligacy and crime; a book of confessions penned without reticence and without penitence; a record of forty years of occult charlatanism; a collection of tales of successful imposture, of bonnes fortunes, of marvellous escapes, of transcendent audacity, told with the humour of Smollett and the delicate wit of Voltaire. Who is there interested in men and letters, and in the life of the past, who would not cry, Where can such a book as this be found?


Yet the above catalogue is but a brief outline, a bare and meagre summary, of the book known as THE MEMOIRS OF CASANOVA; a work absolutely unique in literature. He who opens these wonderful pages is as one who sits in a theatre and looks across the gloom, not on a stage-play, but on another and a vanished world. The curtain draws up, and suddenly years are rolled away, and in bright light stands out before us the whole life of the past; the gay dresses, the polished wit, the careless morals, and all the revel and dancing of those merry years before the mighty deluge of the Revolution. The palaces and marble stairs of old Venice are no longer desolate, but thronged with scarlet-robed senators, prisoners with the doom of the Ten upon their heads cross the Bridge of Sighs, at dead of night the nun slips out of the convent gate to the dark canal where a gondola is waiting, we assist at the parties fines of cardinals, and we see the bank made at faro. Venice gives place to the assembly rooms of Mrs. Cornely and the fast taverns of the London of 1760; we pass from Versailles to the Winter Palace of St. Petersburg in the days of Catherine, from the policy of the Great Frederick to the lewd mirth of strolling-players, and the presence-chamber of the Vatican is succeeded by an intrigue in a garret. It is indeed a new experience to read this history of a man who, refraining from nothing, has concealed nothing. The friend of popes and kings and noblemen, and of all the male and female ruffians and vagabonds of Europe, abbe, soldier, charlatan, gamester, financier, diplomatist, viveur, philosopher, virtuoso, chemist, fiddler, and buffoon, each of these, and all of these was Giacomo Casanova, Chevalier de Seingalt, Knight of the Golden Spur.


And not only are the Memoirs a literary curiosity; they are almost equally curious from a bibliographical point of view. The manuscript was written in French and came into the possession of the publisher Brockhaus, of Leipzig, who had it translated into German, and printed. From this German edition, M. Aubert de Vitry re-translated the work into French, but omitted about a fourth of the matter, and this mutilated and worthless version is frequently purchased by unwary bibliophiles. In the year 1826, however, Brockhaus, in order presumably to protect his property, printed the entire text of the original MS. in French, for the first time, and in this complete form, containing a large number of anecdotes and incidents not to be found in the spurious version, the work was not acceptable to the authorities, and was consequently rigorously suppressed. Only a few copies sent out for presentation or for review are known to have escaped, and from one of these rare copies the present translation has been made and solely for private circulation.


In conclusion, both translator and editeur have done their utmost to present the English Casanova in a dress worthy of the wonderful and witty original.