The Possessed (The Devils) The Devils 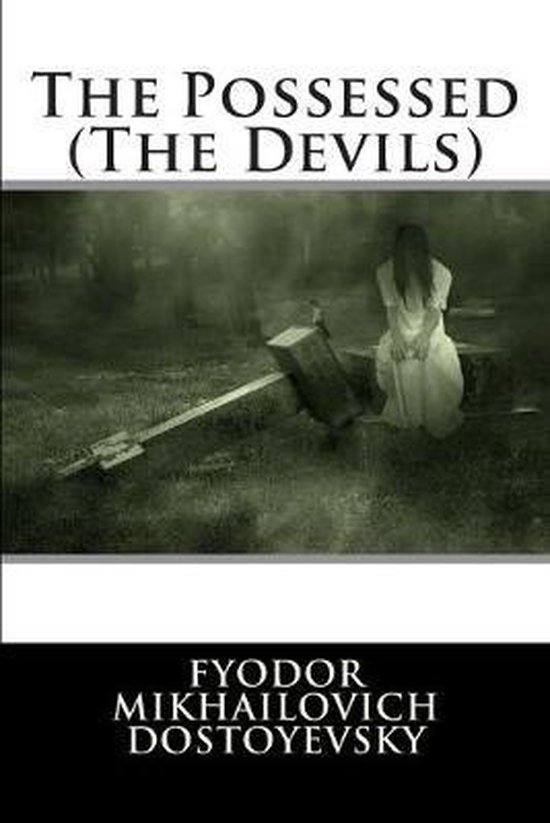 he Possessed is among the best, yet complex books ever written by Dostoevsky. It has a deep political embedding of Russian, merging it with pure realism, exposing nihilism, portraying existentialism, plus dark atrocities, among them the murder of Shatov; the brother of Darya Pavlovna, along with Captain Lebyadkin, with his sister Marya Timofyevna, their elderly servant, as well as the death of Stepan Trofimovitch, Varvara Petrovna old friend for over twenty years.The book further illustrates the murder of Fedka: the runaway convict; the suicide of Kirillov; the death of Lizaveta, Marya Ignatyevna, and her toddler. It exposes the movement of an underground Secret Society plotted by Pyotr Stepanovitch, which aims to bring havoc, moral decadence, undermining all foundations, thus destroying the society with its principles and create social disorder in Russia with the concept of a guiding idea to overtake the present government under the rule of AndreyAntonovitch and his wife Yulia Mihailovna during the author’s time, and the demise of Nikolay stravrogin Vsyevolodovitch; the son of Varvara Petrovna, along with his mental instability, and countless love affairs with Lizaveta Nikolaevna, Darya, and Shatov’s wife Marya Ignatyevna, despite being married to the crippled, ugly Marya.The novel is set in a small town of Skvoreshniki, and is narrated by Govorov; who is both a respected member of the society plus a journalist, and follows to tell the story as it is written from the Biography of Stepan Trofimovitch, who is an ardent thinker, poet, and philosopher. From his narration, we are introduced to the relationship between Stephan and Varvara Petrovna, and it leads us to the development of Nikolay stravrogin Vsyevolodovitch, who is the central character in the book, and who further is home schooled by Stepan, until he reaches the age of joining the army.As it is with Dostoevsky novels, the Possessed seeks to explore existentialism; the human condition as to why we live, and the ideals that guide us. It further brings out the concept of redemption that perturbs the human conscience after committing an evil deed. The author analyses the self, and whether we have a prime idea for our existence.images (2)Unfolding Events in the Possessed/ the Devils by Fyodor DostoevskyStepan Trofimovitch, Pyotr Stepanovitch’s father, who they are not in good terms, is a devoted friend to Varvara Petrovna; who has a notable reputation in Skvoreshniki and throughout Russia, and is separated from her husband General Stavrogin, a close friend to the governor. The two have a close relationship, and Stephan wishes to marry Varvara, but he never suggests anything to her. In the end their relationship turns out disastrous, and their friendship ends as Stephan leaves Skvoreshniki, only to fall sick in Spasov, where he is nursed by Sofya Matveyevna, until Varvara comes for him, but dies three days later. Varvara Petrovna carries his body back to Skvoreshniki, where it is buried in the precincts of a church covered with a marble slab.Pyotr Stepanovitch, Tolkatchenko, Shigalov, Lyamshin, Erkel, Liputin, and Virginsky, who are all members of the Quintet of the Secret Society, plot to kill Shatov; who they believe will turn traitor even after his wife Marie returning to him to give birth to a baby that belongs to Stavrogin. However Shigalov: an inherent thinker, walks out at the moment of the crime with his own conviction that their deed is nothing more than a personal vendetta rather than a threat to their Secret Society, and that it is no different from acts done by shallow rulers in the past, who did not have a sharp mental faculty to reason out things.
Toon meer Toon minder