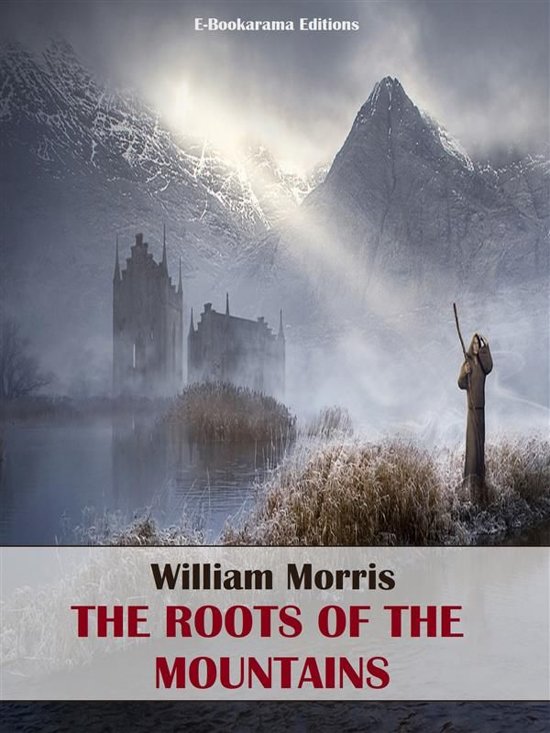 William Morris was a dreamer with a genius for turning dreams into reality. Self-taught in thirteen different crafts, some of them ancient ones that had died out, he became the greatest European pattern-designer since the Middle Ages. He was, besides, a campaigning socialist and a pioneering environmentalist, a lyric poet and a forceful journalist, a storyteller and a maker of fine books.
Alles van William Morris
Toon meer Toon minder

''The Roots of the Mountains'' is a novel by William Morris, which follows the Gothic theme from its predecessor, ''The House of the Wolfings''.


Many years after the events of ''The House of the Wolfings'' the descendants of the Wolfing tribe live on the mountains dispersed in smaller tribes and mostly ignorant of their past. A new danger, this time the Huns, will unite them once more and force them to war in order to defend their freedom and way of life.


This is the second, and last, of Morris's novels with a strong historic background. The descendants of the Wolfings live simple lives in a world of less magic and poetry than their ancestors. The story here is more complex as it follows the reunification of the tribes under a common threat. It is written almost entirely in prose with only a few songs. Once again Morris writes in his unique style immersing us in a unique tapestry of war and love embellished with fine details of nature, landscape and ancient customs.


J. R. R. Tolkien's ''The Lord of the Rings'' was influenced by this tale of a romance that unites two long-ago peoples and of the battle to defend their freedom against invading Huns.

Tolkien fans who long for more of the same delight that they get from ''The Lord of the Rings'' will find it in the writings of William Morris, for he created the literary style that J. R. R. Tolkien brought to such perfection in his tales.

Originele Titel
The Roots of the Mountains