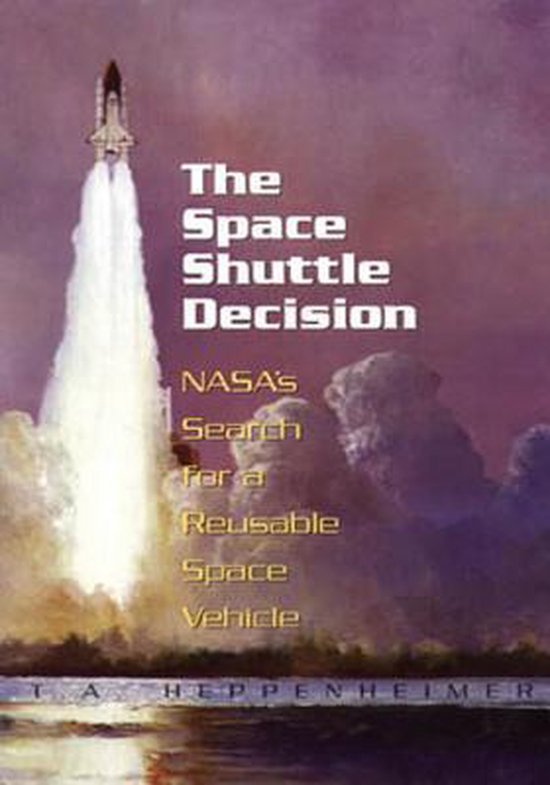 The Space Shuttle took shape and won support, and criticism, as part of NASA's search for a post-Apollo future. NASA had grown rapidly during the 1960s and the success of the piloted moon landings brought insistent demands that NASA should shrink considerably. In facing those demands, and in overcoming them to a degree, NASA extended our manned presence in space. Before anyone could speak seriously of a space shuttle, there had to be a widespread awareness that such a craft would be useful and perhaps even worth building. A shuttle would necessarily find its role within an ambitious space program; and while science-fiction writers had been prophesying such wonders since the days of Jules Verne, it was another matter to present such predictions in ways that smacked of realism. This book portrays NASA’s search for continued manned space exploration after the success of Apollo. During 1969, with Nixon newly elected and the first astronauts setting foot on the Moon, NASA Administrator Thomas Paine led a push for a future in space that promised to be expansive. He aimed at nothing less than a piloted expedition to Mars, propelled by nuclear rocket engines that were already in development. En route to Mars, he expected to build space stations and large space bases. Almost as an afterthought, he expected to build a space shuttle as well, to provide low-cost flight to these orbiting facilities. Soon after Neil Armstrong made his one small step in the lunar Sea of Tranquillity, Paine received a cold bath in the Sea of Reality. Nixon's budget director, Robert Mayo, chopped a billion dollars from Paine's request. This brought an end to NASA's hopes for a space base and for flight to Mars. It appeared possible, however, to proceed with the space station and the Shuttle, as a joint project. The Shuttle drew particular interest within the Air Force, which saw it as a means to accomplish low-cost launches of reconnaissance satellites and other military spacecraft. Congress, however, was deeply skeptical toward the proposed shuttle/station, as both the House and Senate came close to killing it in 1970. NASA responded to this near-death experience by placing the station on the shelf and bringing the Shuttle to the forefront. Its officials needed political support that could win over doubters in Congress, and they found this support within the Department of Defense. The Air Force now found itself in a most unusual position. Its generals had worked through the 1960s to pursue programs that could put military astronauts in space. These programs had faltered. Yet here was NASA offering the Pentagon a piloted space shuttle. The Air Force gave its political support to the Shuttle, and NASA went on to quell the opposition on Capitol Hill. The OMB was a tougher opponent. These critics forced NASA to abandon plans for a shuttle with two fully reusable liquid-fueled stages, and to set out on a search for a shuttle design that would cost half as much to develop. Budget officials demanded a design that would be smaller and less costly, even though such a shuttle would have significantly less capability than the Air Force wanted. By shrinking the Shuttle, however, NASA won support where it counted. Caspar Weinberger, the OMB's deputy director, gave his endorsement late in 1971. Nixon also decided that the nation should have a shuttle. On the eve of decision, the key player proved to be OMB Director George Shultz. He decided that since the shuttle was to serve the entire nation, it should have the full capability for which NASA hoped and the Air Force demanded. Shultz's decision reinforced Nixon's, putting an end to the OMB's continuing demands to downsize the design. The consequence was the Space Shuttle as we know it today.
Toon meer Toon minder