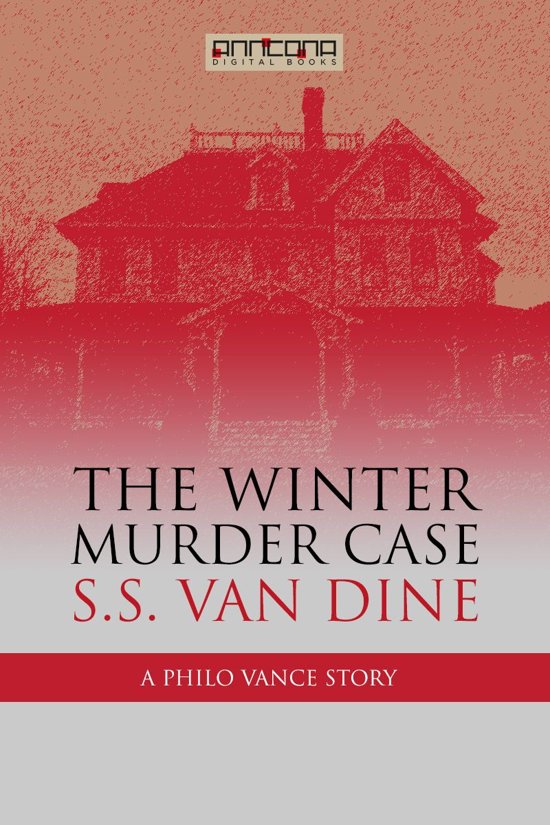 The Winter Murder Case is the twelfth and last mystery novel about the immensely popular fictional detective Philo Vance, a sleuth and aesthete, by S. S. Van Dine, the pseudonym of Willard Huntington Wright (1888-1939), an American art critic and detective novelist.


Philo Vance is a fictional character featured in a total of 12 crime novels, published in the 1920s and 1930s. During that time, Vance was immensely popular in books, movies and on the radio. He was portrayed as a stylish, even foppish dandy, a New York bon vivant possessing a highly intellectual bent. The novels were chronicled by his friend Van Dine (who appears as a kind of Dr. Watson figure in the books as well as the author).


Van Dine's first three mystery novels were unusual for mystery fiction because he planned them as a trilogy, but plotted and wrote them in short form, more or less at the same time. After they were accepted as a group by famed editor Maxwell Perkins, Van Dine expanded them into full-length novels. Although Van Dine was one of the most educated and cosmopolitan detective writers of his time, in his essays, he dismissed the idea of the mystery story as serious literature. He insisted that a detective novel should be mainly an intellectual puzzle that follows strict rules and does not wander too far afield from its central theme.