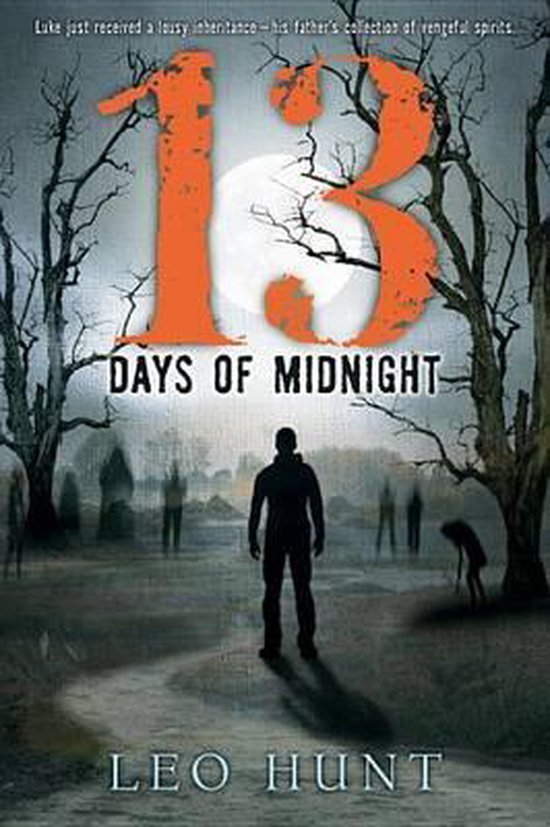 In a devilishly dark and funny debut, a teen finds himself the unwitting beneficiary of eight enslaved and angry ghosts seeking bloody vengeance.

When Luke Manchett's estranged father dies unexpectedly, he leaves his son a dark inheritance: a collection of eight restless spirits, known as his Host, who want revenge for their long enslavement. Once they figure out that Luke has no clue how to manage them, they become increasingly belligerent, and eventually mutiny. Halloween (the night when ghosts reach the height of their power) is fast approaching, and Luke knows his Host is planning something far more trick than treat. Armed with only his father's indecipherable notes, a locked copy of The Book of Eight, and help from school outcast Elza Moss, Luke has just thirteen days to uncover the closely guarded secrets of black magic and send his unquiet spirits to their eternal rest—or join their ghostly ranks himself.
Toon meer Toon minder