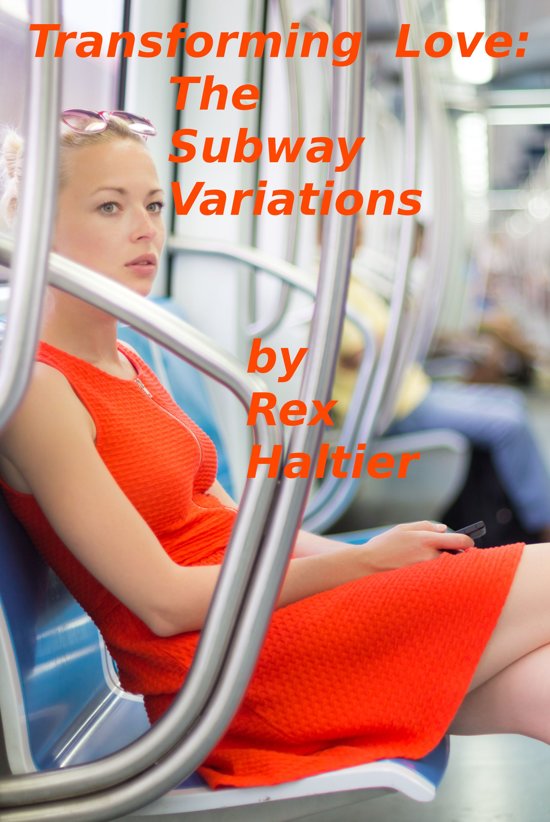 
''I thought I'd never see her again.

And for two nights, I didn't.

It was hot. Late June. New York was in the second day of a terrible heatwave with temperatures well above the century mark. The temperature, even in the middle of the night was still almost a hundred degrees.

As usual, I was alone in the last car. I was sitting a short distance back from the front of the car. I was just cooling off from the sweltering oven that was the Lexington Avenue platform – perhaps the one thing the MTA does right is its air conditioning. The train labored up the slope from the tunnel under the East River, climbing to the elevated tracks in Queens. As always, I looked out the window to look at the midtown skyline bright against the dark sky.

Then the station slid past my window and the train shuddered to a halt with a piercing squeal.

And she walked in.

She was in a very short orange, sleeveless dress. Her hair was tied back in a thick tail. She wore delicate sandals revealing beautiful small feet with elegantly painted nails. She was about to walk toward the back of the car when she spotted me. She smiled slightly, turned and walked to the front of her he car. She sat in on of the backward-facing seats next to the connecting door and crossed those amazing legs - looking at me the whole while. Amazing. The way she sat I could almost see all the way to ... heaven.

Instantly, I was in full covet mode. I wanted her. I wanted her bad. I kept imagining the curve of the top of her thigh as it soared into the darkness under dress. I wanted my hands caressing that body.

''She caught me looking.

I must have blushed.

She grinned as she pulled out her phone. I looked away, embarrassed, but smiling anyway. The doors slid shut. With a shudder and a lurch, the train staggered out of the station like a stew bum on Sterno.''