Travels with a Donkey in the Cevenne (annotated) 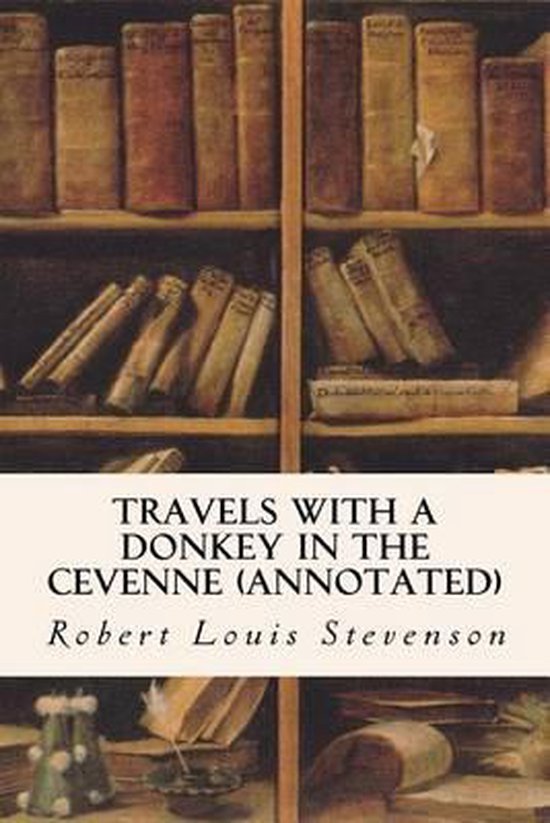 "Robert Louis Balfour Stevenson (13 November 1850 – 3 December 1894) was a Scottish novelist, poet, essayist, musician and travel writer. His most famous works are Treasure Island, Kidnapped, Strange Case of Dr Jekyll and Mr Hyde, and A Child's Garden of Verses. Stevenson was a literary celebrity during his lifetime, and now ranks as the 26th most translated author in the world. His works have been admired by many other writers, including Jorge Luis Borges, Bertolt Brecht, Marcel Proust, Arthur Conan Doyle, Henry James, Cesare Pavese, Emilio Salgari, Ernest Hemingway, Rudyard Kipling, Jack London, Vladimir Nabokov, J. M. Barrie, and G. K. Chesterton, who said that Stevenson ""seemed to pick the right word up on the point of his pen, like a man playing spillikins"".

Travels with a Donkey in the Cevenne is a classic French travelogue by Robert Louis Stevenson. The journey which this little book is to describe was very agreeable and fortunate for me. After an uncouth beginning, I had the best of luck to the end. But we are all travellers in what John Bunyan calls the wilderness of this world - all, too, travellers with a donkey: and the best that we find in our travels is an honest friend. He is a fortunate voyager who finds many. We travel, indeed, to find them. They are the end and the reward of life. They keep us worthy of ourselves; and when we are alone, we are only nearer to the absent.Stevenson was in his late 20s and still dependent on his parents for support. His journey was designed to provide material for publication while allowing him to distance himself from a love affair with an American woman of which his friends and families did not approve and who had returned to her husband in California.Travels recounts Stevenson's 12-day, 200-kilometre (120 mi) solo hiking journey through the sparsely populated and impoverished areas of the Cevennes mountains in south-central France in 1878. The terrain, with its barren rocky heather-filled hillsides, he often compared to parts of Scotland. The other principal character is Modestine, a stubborn, manipulative donkey he could never quite master. It is one of the earliest accounts to present hiking and camping outdoors as a recreational activity. It also tells of commissioning one of the first sleeping bags, large and heavy enough to require a donkey to carry. Stevenson is several times mistaken for a peddler, the usual occupation of someone traveling in his fashion. Some locals are horrified that he would sleep outdoors and suggest it is dangerous to do so because of wolves or robbers. Stevenson provides the reader with the philosophy behind his undertaking:For my part, I travel not to go anywhere, but to go. I travel for travel's sake. The great affair is to move; to feel the needs and hitches of our life more clearly; to come down off this feather-bed of civilization, and find the globe granite underfoot and strewn with cutting flints. Alas, as we get up in life, and are more preoccupied with our affairs, even a holiday is a thing that must be worked for. To hold a pack upon a pack-saddle against a gale out of the freezing north is no high industry, but it is one that serves to occupy and compose the mind. And when the present is so exacting who can annoy himself about the future?The Cevennes was the site of a Protestant rebellion around 1702, severely suppressed by Catholic Louis XIV. The Protestant insurgents were known as the Camisards. Stevenson was Protestant by upbringing, and a non-believer by philosophy. Stevenson was well-versed in the history and evokes scenes from the rebellion as he passes through the area of the rebellion during the final days of his trek. He notes that the Catholics and the Protestants, at the time of his travels, live peaceably alongside one another, though each community is faithful to its own traditions and its version of the region's history. All disapprove equally of a young Catholic man who married a Protestant girl and changed his faith, agreeing that ''It's a bad idea for a man to change.'' As for a Catholic priest who left the priesthood and married, the sentiment common to all was that it is wrong to change one's commitments.The book appeared the following year, 1879, and is dedicated to his friend Sidney Colvin, an art historian and critic who had befriended him when he was unpublished and seeking to develop a career as a writer.
Toon meer Toon minder