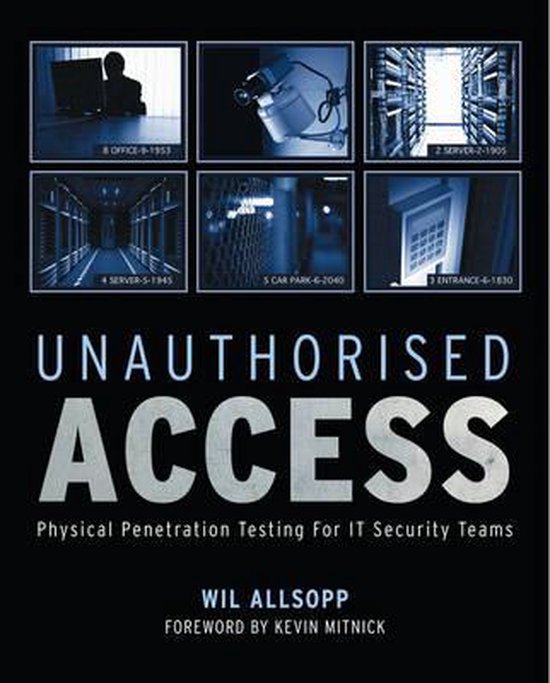 The first guide to planning and performing a physical penetration test on your computer's security Most IT security teams concentrate on keeping networks and systems safe from attacks from the outside-but what if your attacker was on the inside? While nearly all IT teams perform a variety of network and application penetration testing procedures, an audit and test of the physical location has not been as prevalent. IT teams are now increasingly requesting physical penetration tests, but there is little available in terms of training. The goal of the test is to demonstrate any deficiencies in operating procedures concerning physical security. Featuring a Foreword written by world-renowned hacker Kevin D. Mitnick and lead author of The Art of Intrusion and The Art of Deception, this book is the first guide to planning and performing a physical penetration test. Inside, IT security expert Wil Allsopp guides you through the entire process from gathering intelligence, getting inside, dealing with threats, staying hidden (often in plain sight), and getting access to networks and data. Teaches IT security teams how to break into their own facility in order to defend against such attacks, which is often overlooked by IT security teams but is of critical importance Deals with intelligence gathering, such as getting access building blueprints and satellite imagery, hacking security cameras, planting bugs, and eavesdropping on security channels Includes safeguards for consultants paid to probe facilities unbeknown to staff Covers preparing the report and presenting it to management In order to defend data, you need to think like a thief-let Unauthorised Access show you how to get inside.
Toon meer Toon minder