Universal Grammar in the Reconstruction of Ancient Languages 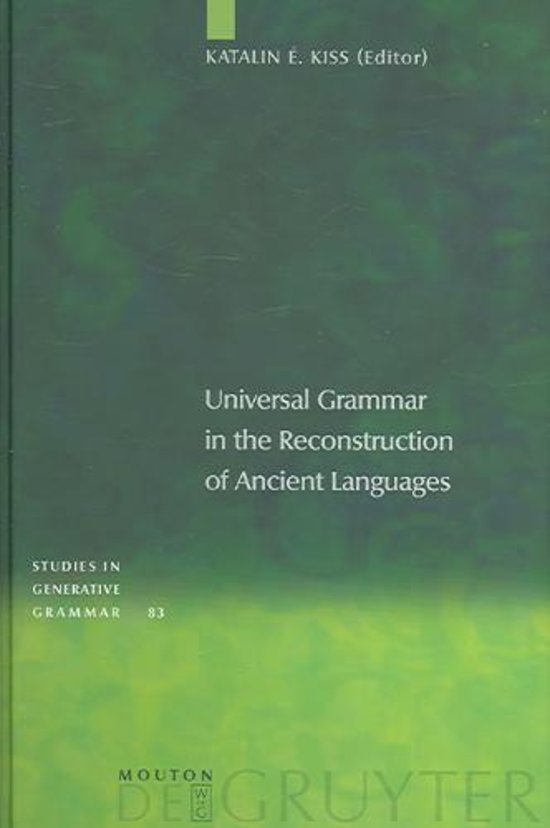 Philologists aiming to reconstruct the grammar of ancient languages face the problem that the available data always underdetermine grammar, and in the case of gaps, possible mistakes, and idiosyncracies there are no native speakers to consult. The authors of this volume overcome this difficulty by adopting the methodology that a child uses in the course of language acquisition: they interpret the data they have access to in terms of Universal Grammar (more precisely, in terms of a hypothetical model of UG). Their studies, discussing syntactic and morphosyntactic questions of Older Egyptian, Coptic, Sumerian, Akkadian, Biblical Hebrew, Classical Greek, Latin, and Classical Sanskrit, demonstrate that descriptive problems which have proved unsolvable for the traditional, inductive approach can be reduced to the interaction of regular operations and constraints of UG. The proposed analyses also bear on linguistic theory. They provide crucial new data and new generalizations concerning such basic questions of generative syntax as discourse-motivated movement operations, the correlation of movement and agreement, a shift from lexical case marking to structural case marking, the licensing of structural case in infinitival constructions, the structure of coordinate phrases, possessive constructions with an external possessor, and the role of event structure in syntax. In addition to confirming or refuting certain specific hypotheses, they also provide empirical evidence of the perhaps most basic tenet of generative theory, according to which UG is part of the genetic endowment of the human species - i.e., human languages do not develop parallel with the development of human civilization. Some of the languages examined in this volume were spoken as much as 5000 years old, still their grammars do not differ in any relevant respect from the grammars of languages spoken today.
Toon meer Toon minder

[...] this book is overall a welcome and important contribution. Carlo Cecchetto in: Journal of Linguistics 43/2007

Originele Titel
Universal Grammar in the Reconstruction of Ancient Languages