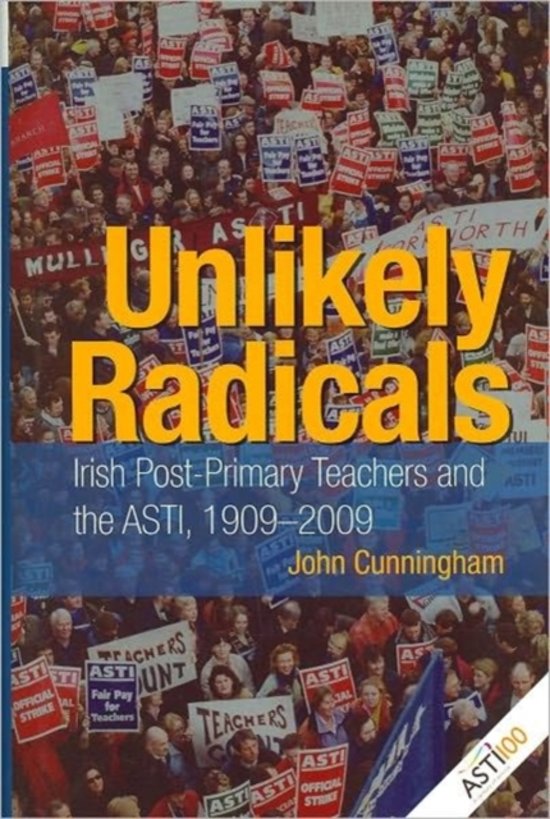 In 2009, the ASTI celebrates the 100th Anniversary of its foundation. Founding members included such national figures as Eamon de Valera and Thomas MacDonagh, both of who served as second-level teachers. The ASTI has rich history in representing the teaching profession and in promoting second-level education and has been a dynamic force in the education sector in Ireland. The ASTI is the largest second-level teachers' union in Ireland with 17,500 members teaching in over 75 per cent of second-level schools. Unlikely Radicals provides a social and historical account of the ASTI's role in the development of second-level education and the teaching profession in Ireland. It demonstrates the remarkable contribution which second-level education has made to the lives of millions of young people and to social, political and economic progress in Ireland. It details the development of a trade union which has had a significant impact on social and education policy and which has continued to represent the values of Irish teachers and their aspirations for those they teach.
Toon meer Toon minder