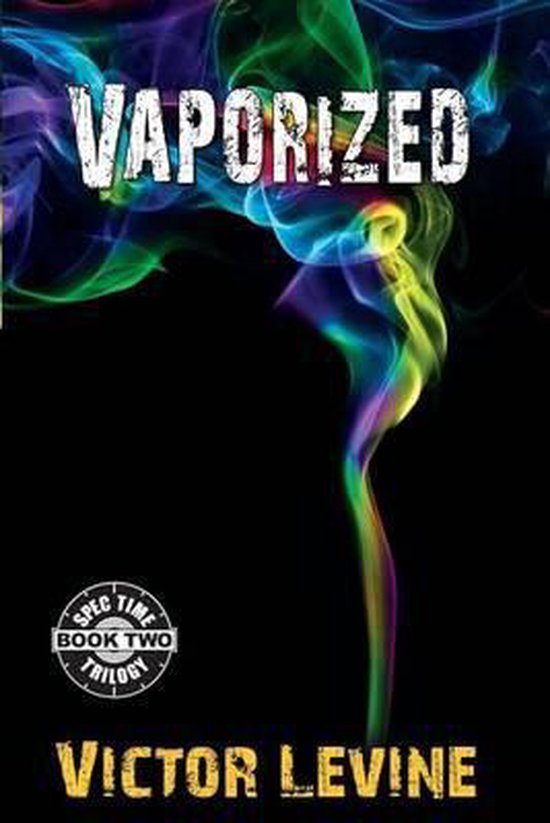 "Nobody said that life was fair, take another breath of Hollow Air." A streetwise rockstar's career is sidetracked by music business insiders and narcotic perfume manufacturing. Based on a real character, Book Two of the Spec Time Trilogy. It was hard to get a record deal in 1982. Punk was dying, disco was dead, and the radio was already full of pop stars. Synthesizers and drum machines were holding the beat together at poser clubs like Studio 54, but unless you were British or knew someone, the odds were stacked against you. Fortunately, nothing could ever replace a gravely singer with a raw guitar. In Vaporized, Book Two of the Spec Time Trilogy, Jon Cells, an edgy rocker with a magnetic presence, has finally arrived at the corner of right time and place. How could he know that the perfume factory where he's been forced to work a day job has a shocking, 2500-year-old secret which threatens to escalate the war on drugs to dizzying new heights - and ruin his luck? The Princess Tears have been stolen, and all the clues lead to an unforgettable climax at Max's Kansas City. More than story of one musician's quest for greatness, Vaporized is an insider's look at the gritty realities of the music business.The author's unique perspective as a recording studio owner provides a revealing look into the relationship between drugs, musical styles, and prospects for commercial success. Set in NYC, this fictionalized history is compressed into four consecutive days. Music recorded by Jon Cells during that time has been commercially released, and his lyrics are part of the narrative. Dante Pecorino, a runtish misfit from a mafia-tinged Italian family, is at the center of all things unsavory. His efforts to feed his ego and drug habit causes conflicts with everybody: his own family is frustrated and embarrassed; associates are repulsed by his disgusting habits; and rivals are surprised by the depths of his treachery. An alternate thread focuses on the production of poppy-based perfume and powders. The intoxicants produced by the Persian-owned, Laden Imports, attract the attention of U.S. Customs Agents, and efforts to control the manufacture and distribution of illegal stimulants is the basis for the procedural action that drives the plot. Sheep, critical to the potency of the "joy plant" and metaphorically referenced throughout, represent all the characters, and the title, "Vaporized," describes the result of everyone's ambition. The Persians, Italians, Federal Authorities, and aspiring musicians come together at the same time and place in a madcap ending that produces more confusion than resolution. Vaporized is, chronologically, the middle book in the Spec Time Trilogy. The first book, Spiritualized (published in 2015), takes place in and around Boulder, Colorado in 1978. It is framed as a story of growth from one state of awareness to another. The second book, Vaporized (first published in 2011), takes place in Manhattan in 1982 and follows the rough road to glory. The third book, Immortalized, set in Los Angeles in 1986 (due out in 2017), is about embracing destiny. The books are interconnected with recurring characters and themes, and each has its own procedural mystery that drives the action. All the stories take place over consecutive four-day periods, when characters from the periphery, mystical forces, and relevant subplots broaden the stories of musical ambition into twisted tales with unexpected endings.
Toon meer Toon minder