Zen and the Way of the Sword Arming the Samurai Psyche 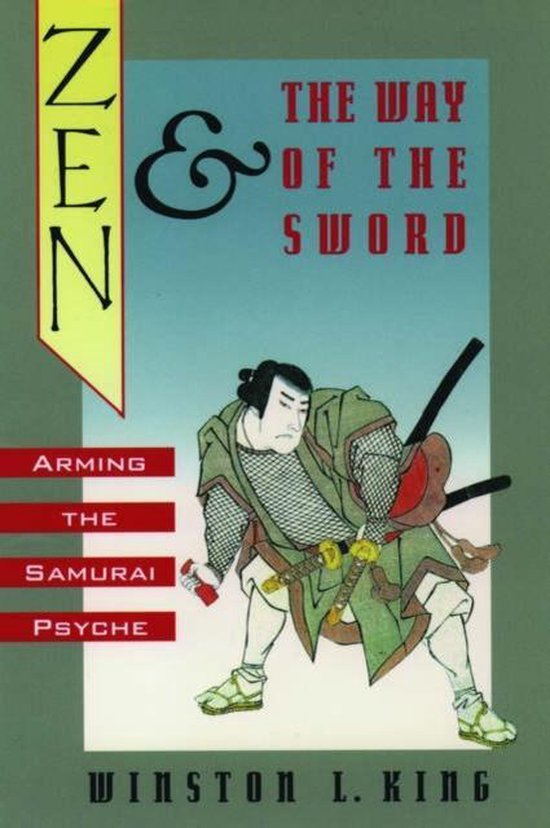 Zen-serene, contemplative, a discipline of meditation associated with painting, rock gardens, and flower arranging-seems an odd ingredient in the martial psyche of the Japanese samurai. One who is a samurai must before all things keep constantly in mind...the fact that he has to die, wrote a seventeenth-century warrior. That is his chief business. But the demands of that business, writes Winston King, found the perfect philosophical match in the teachings of Zen Buddhism. In Zen and the Way of the Sword, King offers a fascinating look into the mind of the samurai swordsman in a far-reaching account of the role of Zen in the thought, culture, and the martial arts of Japan's soldier elite. An esteemed scholar of Eastern religions, King deftly traces the development of Zen and discusses the personal nature of its practice, its emphasis on individual discovery and attainment. He then presents an accomplished capsule history of the samurai class, from its rise in the middle ages to formal abolition in the nineteenth century-an account filled with details of wars, political maneuvering, and cultural achievements. King also looks at the arms and vocation of the individual samurai, placing the details of armor and weapons in the context of the samurai conception of warfare. In particular, King focuses on the sword-the soul of the samurai, as it was called-describing how it was forged, the honor given famous swordsmiths, the rise of schools of swordsmanship, and breathtaking feats of the great swordsmen. Throughout, King shows how the samurai cultivated Zen, relating its teaching of a free and spontaneous mind to the experience of a warrior in individual combat, and finding philosophical strength in Zen as they prepared themselves for death. What mind can penetrate his opponent's mind? one authority has written. It is a mind that has been trained and cultivated to the point of detachment with perfect freedom....His mind should reflect his opponent's mind like water reflecting the moon. In other words, a mind trained by Zen. King goes on to trace the role of Zen in samurai life through the peaceful eighteenth and nineteenth centuries, examining the absorption of Zen into World War II psychology and broader Japanese culture. Throughout, he provides a thoughtful perspective, both sympathetic and aware of the ethical problems inherent in a school of Buddhism turned to the needs of a military class. A scholarly, absorbing account, Zen and the Way of the Sword provides fascinating insight into the samurai ethos, and the culture of Japan today.
Toon meer Toon minder