Time to get out of Dodge. That was the message from my Primary doctor, my family therapist and the guy down at the coffee shop. For twenty-four years my wife, Stephanie and I have cared for our high functioning autistic son. We fought to include him in every forward-thinking program that existed. In a way, we were lucky. Stephanie had a long and varied career in the disability community. But even with that, and a network of supports, we were no match for dealing with son Jack's 18th birthday…an event he viewed as his emancipation. Now he could refuse to participate in the programs designed to help him. Free at last. Free at last.

An unfortunate side-effect was that he checked any shred of civility at the door. There was no respite from the daily regimen of f-bombs. Helping out around the house…inconvenient. Helping shovel the drive way ….no way. Followed by the inevitable screaming match. More F bombs, wince-inducing epithets, and a flood of tears.

Upon arriving home from nine days in the hospital for cardiac surgery, the concept of a stress-free zone held firm…very nicely… for about two hours and then the carpet bombing returned with renewed vigor. The in-home medical support team highly recommended that I leave the area. When I appealed to the Elder Affairs Council for protection, I was told I could move into a nursing home. What?

One if by land two if by sea. Those were the choices. Either I could move into some (to use the Donald's words} "Shithole" apartment or hit the high seas and live on a boat…. think Bahamas, Cuba, New Bedford … anywhere. In the whole scheme of things, it didn't seem like too big a deal that I didn't have a boat and so I began research into the liveaboard lifestyle. This culminated in a road trip from Maine to Key West in search of the perfect boat for me.

Chronicled in this tiny tome, are the misadventures of our trip which, in hindsight, were their own reward instead of what I had hoped for…. a boat. Knowing that this was the worst investment in the world, made pulling the trigger that much more difficult. Well, there was that and the fact that the volatility index in the stock market had gone bonkers...and the money tree in the back yard had shown signs of withering due to……. an infestation of long horn beetles? or maybe it was the Fed hinting at an interest rate increase. Those money trees get all skittish when that happens.

Our return home from the trip served as a reminder of why we went. At 1 am all of the lights were on in the house…. a very thoughtful gesture. How nice of Jack to light the place up so we wouldn't trip over the wreckage which awaited us inside. And leaving the doors open so we wouldn't have to fumble for our keys was a nice touch and leaving the tv on. What can I say? It all would have been wonderful, had someone been home and it were some month other than January. I could only wonder how many days we had been heating the house, the driveway, the neighborhood, the western world.

The whole boat buying process unfolds in the second part of the book which includes the quirkiness of the participants: the broker, the seller and other bit players. Learning the boats systems, was a humbling experience made more so by the seller who wanted to make it crystal clear that he knew scads more about this boat than I ever would. Neither of my two earlier boats had radar, refrigeration, an electric windlass or solar panels. But weighing the humiliating verbal beat-down attendant to asking a question, made Steph and I nod, "We'll handle it"

Over the days and weeks, we learned about all the systems, the sails, the running gear…. the head, the mantra: "Look out, look out, look out." Coaxing the outboard to start on command was less than a resounding success so the tip of the day is: "Don't forget your oars." Other running away tips, stories of near misses and vaping recommendations are also discussed in this Mariners guide. 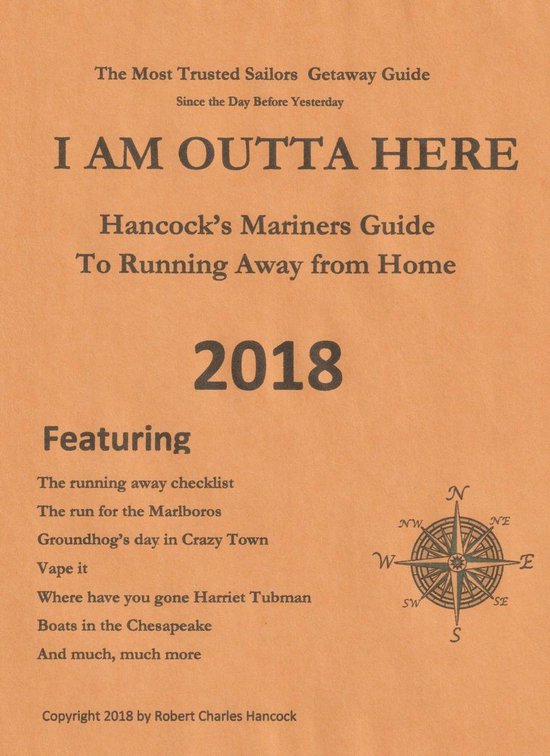