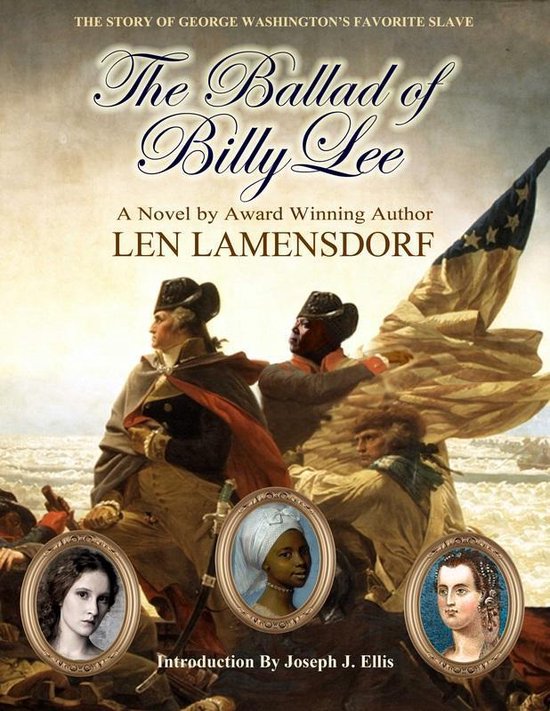 ''One of the most poignant untold stories in American history.'' -- Joseph J.Ellis, Pulitzer Prize and National Book Award winner. Billly Lee, an African-American slave, was at George Washington's side for over 30 years. Although never a relationship between equals, it was an intimate and enduring connection. A superb horseman, bold soldier and literate aide, Billy Lee stood next to Washington when he crossed the Delaware, galloped at Washihngton's side in battle--a slave, armed with a pistol, carbine and spyglass--served with him in frozen Valley Forge and through the difficult years to the final victory at Yorktown. He was responsile for Washington's public and private papers at conventions and congresses, but Billy remained a slave, always yearning to be freed, and his slavery cost him the love of his life--yet his loyalty to Washington was unwavering. Award-winning author Len Lamensdorf's latest novel, ''The Ballad of Billy Lee -- The Story of George Washington's Favorite Slave,'' based on his acclaimed one man play, is a unique and remarkable ''buddy'' story which delves into the quest for freedom, from the tyranny of England to the chains of slavery. Introduced by , best-selling author and historian, Joseph J. Ellis, ''The Ballad of Billy Lee,'' defty weaves the history of the American Revolution with the personal story of Washington's rise to power and Billy Lee's exciting but arduous life as a sturdy and clever aide. Writing to Lamensdorf after watching his play, Ron Chernow, winner of the Pulitzer prize for his biographies of Alexander Hamilton and Washington, noted: ''You have done a beautiful job of coaxing [Billy Lee] out into the sunlight and giving him the attention he most assuredly deserves. My sincere congratulations. ...I share your strongly held view that it would be wonderful if more Americans were acquainted with the remarkable Billy Lee.'' This novel is historically accurate and includes 34 original images, a complete timeline, bibliography, Afterword, video and other media links, an an extensive section devoted to comments from Mount Vernon's historian, Mary Thompson.
Toon meer Toon minder